Smartphones have come a long way in the past few years, and there are now dozens of different models available on the market. However, not all smartphones are created equal – some offer better features than others.

So which is best dumbphone for you?

There isn’t a clear cut answer to this question, as it depends on your needs and preferences. However, if you’re looking for a budget-friendly phone that offers basic functionality and doesn’t cost too much extra money

We all know that today is the age of science. But along with the age of science, the present era can also be called the era of smartphones. Because wherever you look, you will see the smartphone in his hand. On the one hand, as the availability in terms of price, on the other hand, in line with the era, almost everyone is now leaning toward smartphones.

However, there are still many people who prefer to stay simple. For that kind of person, Dumbphone is the best choice. This is our article for them today. So without further ado, let’s Jump to the main article.

First, we have to know What Is Dumbphone? Dumbphones are phones with low computing power without internet. We know dumbphones are mostly known as feature phones or basic phones. Maybe, the dumb phone is named, in the opposite sense of smartphone.

Many people take the help of dumbphones to get themselves out of the addiction to smartphones. Many people say that peace has returned to their lives due to the closure of smartphones. So let’s talk about the Best 10 dumb phones in today’s article. 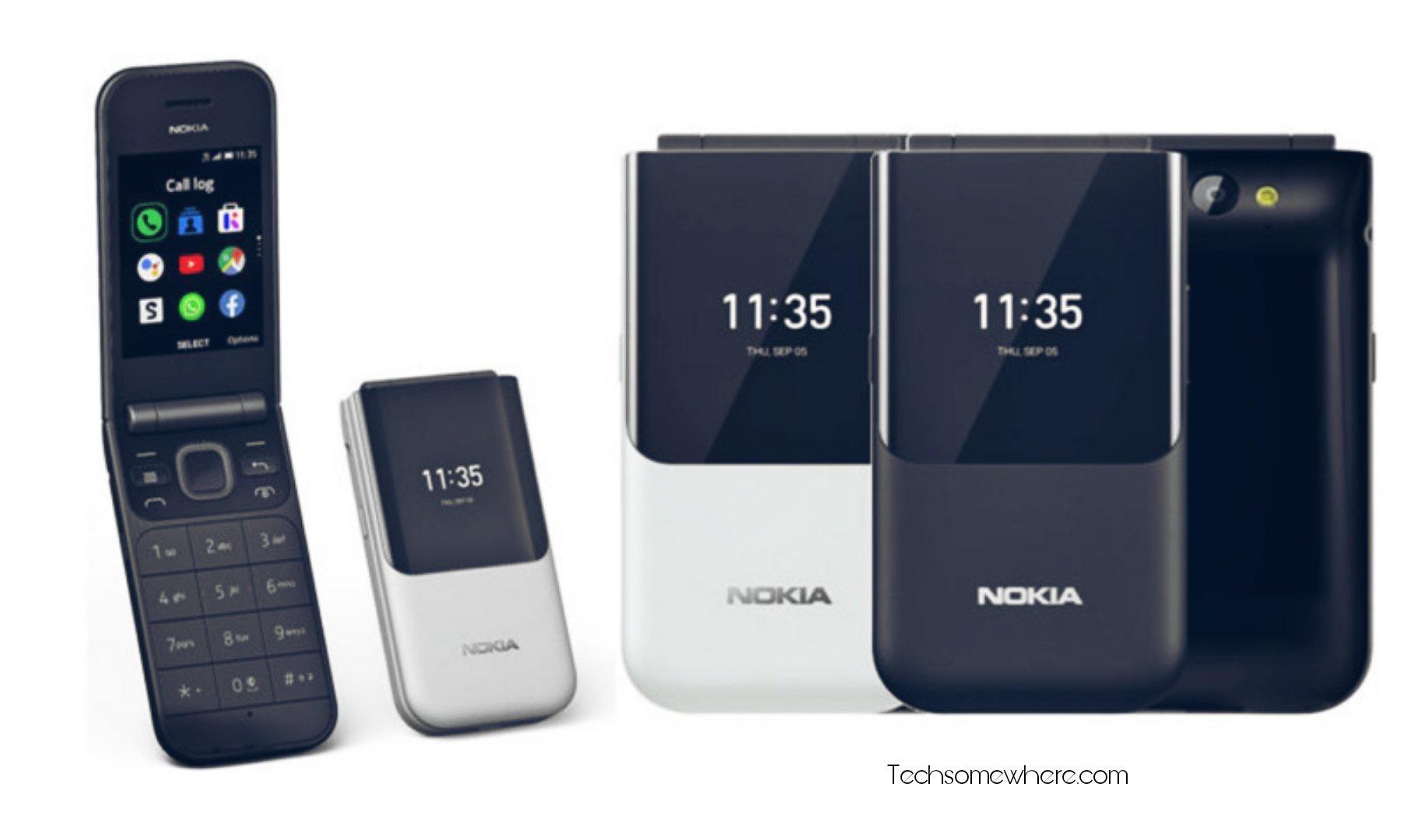 As We know, Nokia is not Just a brand, it is a emotion. Nokia’s Nokia 2720 Flip Phone was an Amazing Phone. This phone has been released 05 September 2019. This phone supported 4G. 2.8 inches display with 240 x 320 pixels density is perfect for a dumbphone category. Very easy to use and handle. Weight only 118 grams. 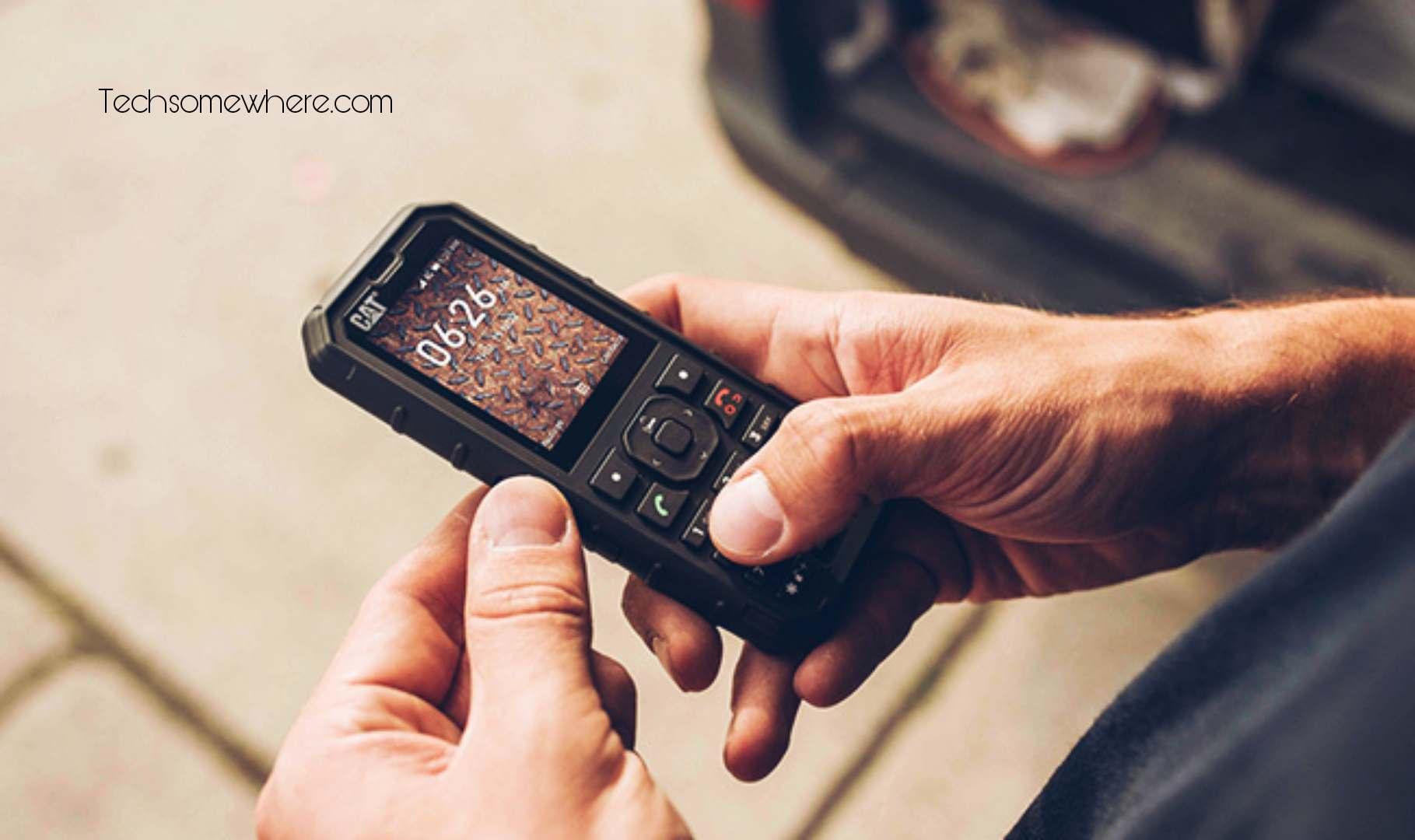 Cat B35 Specification in Detail :

The CAT basically a brand, this brand associate with heavy machinery. This brands ‘CAT B35’ is very interesting and feature -rich phone. CAT B35 includes 4G with TFT 2.4 inches display. You can use Google’s Map, YouTube, Google Assistant as well. This phone has been run by KaiOS. 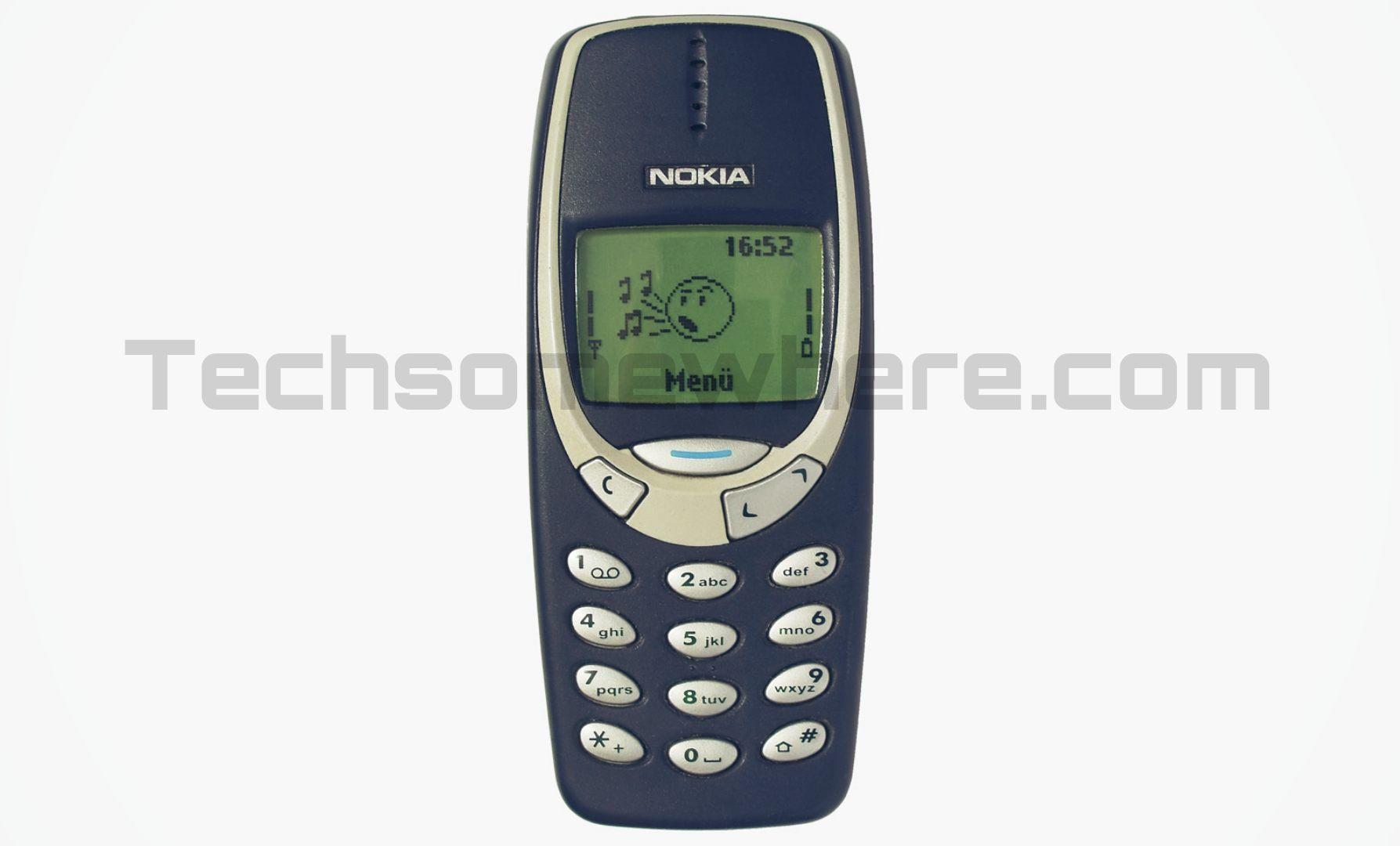 Nokia 3310 is also called Nokia’s most iconic phone ever. This phone will definitely boost your Nostalgia. Classic designs this phone include 3G when other phones are launching 2G phones in market. Nokia Use A TFT 2.4 inches display with with 2MP rear camera in their phone.

Only 84.9 grams this phone is very easy to carry. This phone runs by YunOS. 1020 mAh Li-poly battery can gives you 27 days of battery life in standby mode. This phone has been launched February 2007. And now this is very tough to buy this phone in markets. Nokia 3310 Price in USA 50$.

Read More: Best Dumb Phone with Spotify – With these dumb phone you can use Spotify. 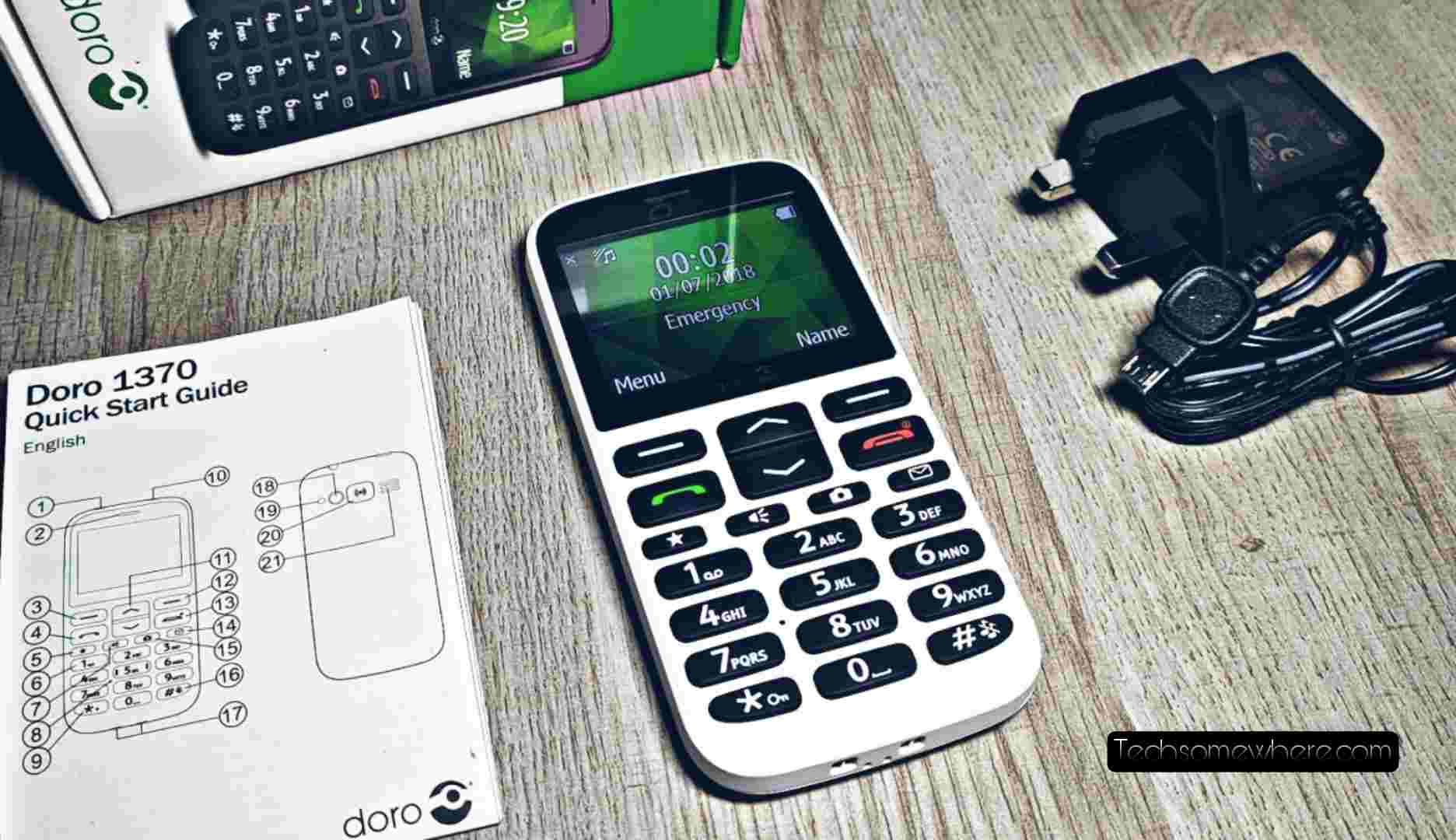 Doro Is an amazing Mobile Manufacturer brand. They always wanted to help people use their technology to stay free and independent also have targeted the over 60s.

Doro Use TFT 2.4 inches wide display in this phone. 106 grams this phone has a 3MP rear camera for taking photos and videos. For storage, Doro use 8MP internal memory in it. Doro 1370 phone has been launched 8 September 2018 but this phone is not available in USA. Doro 1370 price in USA 182$. 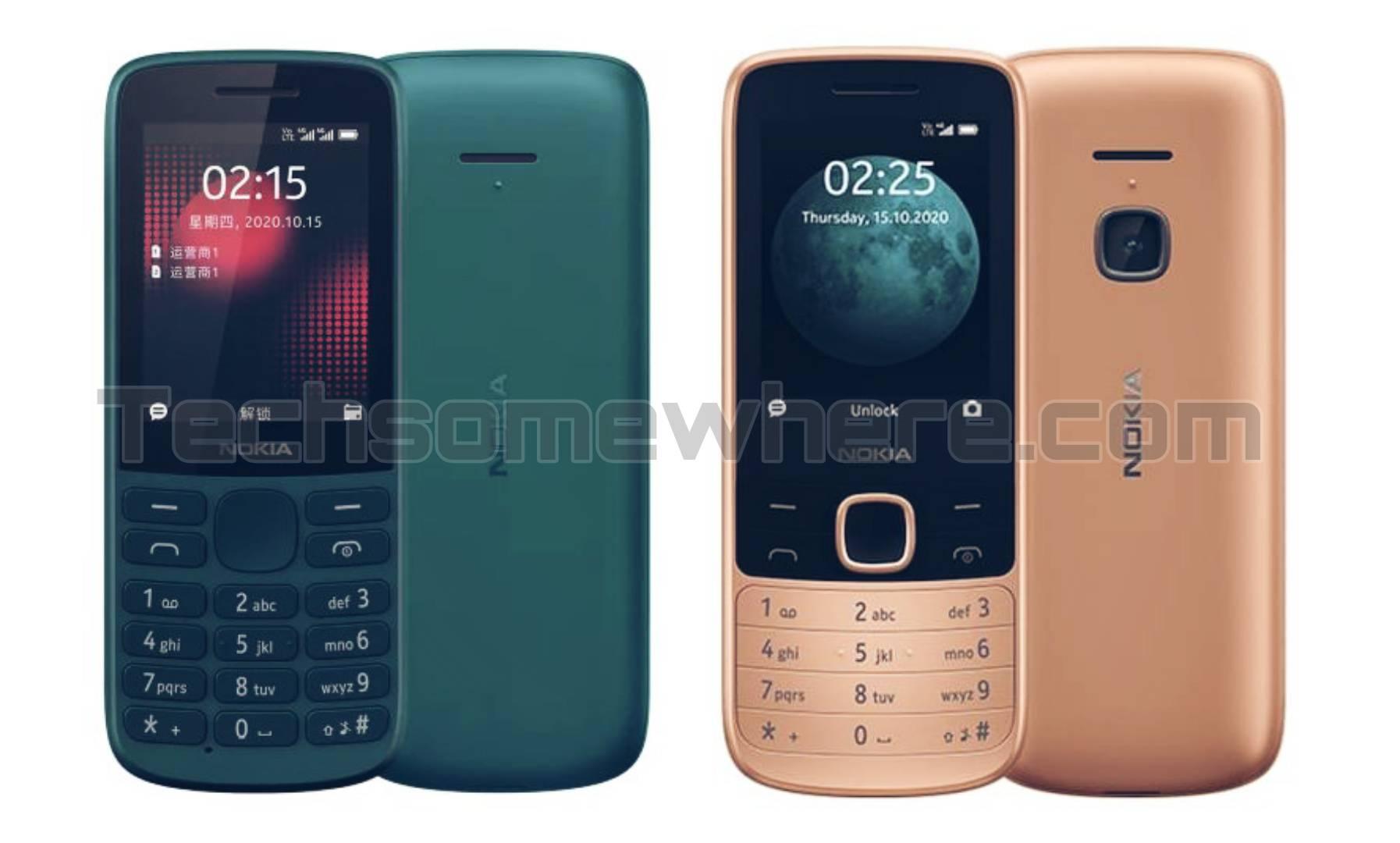 Here we comes to Nokia Brands Another Phone – Nokia 225 4G. T avoid the damage of modern smartphones, here is another great choice. To this you can take and receive calls only. Nokia 225 4G is contain TFT LCD 2.4 inches display with 256K colors. For capturing photos you’ll get 0.3MP camera.

For storage it has 128MB internal storage capacity. If we talk about its battery, Nokia Use a 1150mAh Removable battery which can give you 20 days battery life in Standby mode. Nokia 225 4G are Launched in 17 October 2020. This phone are available in market. Nokia 225 4G Price in USA 49$. 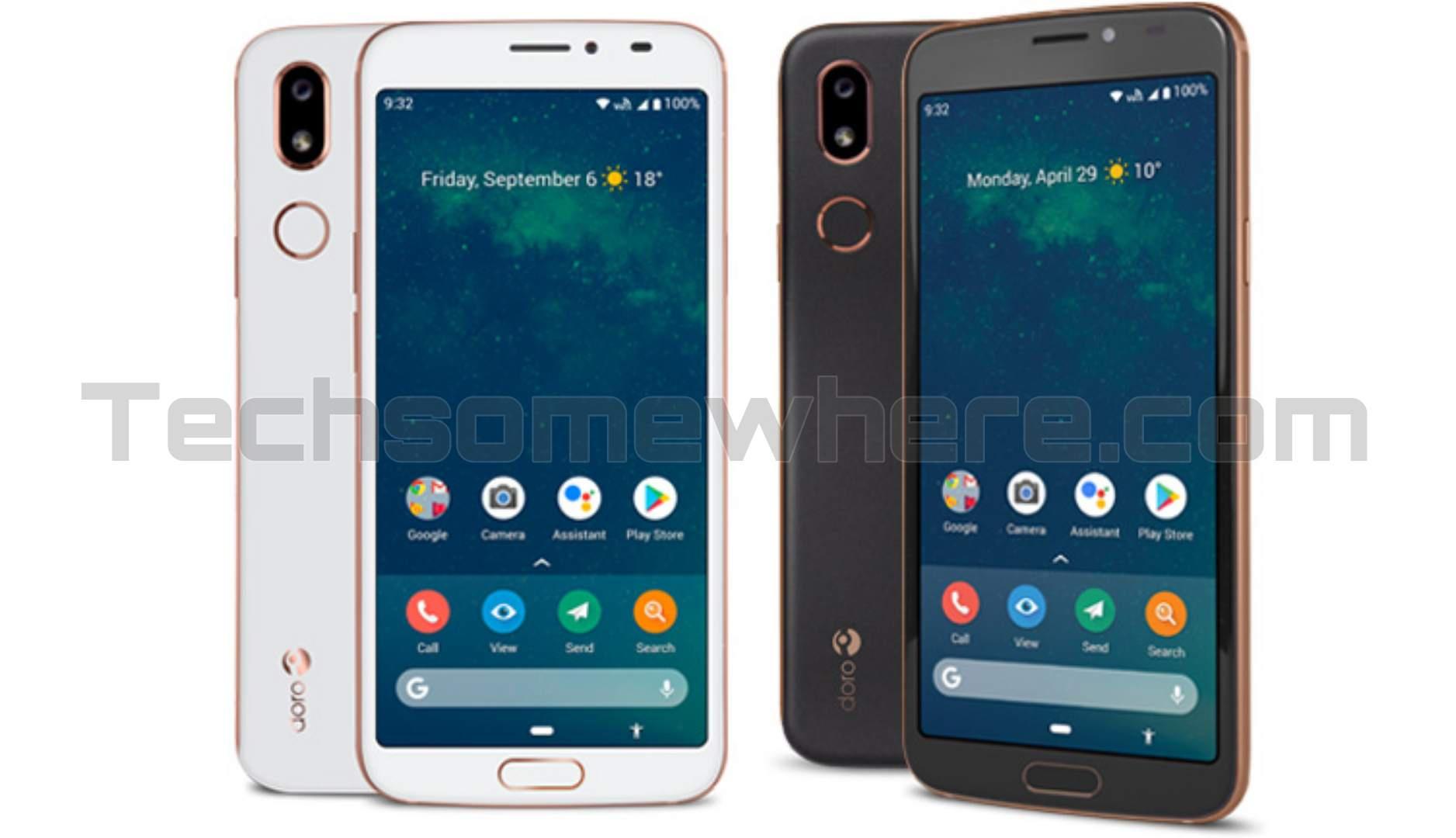 Doro is produced a lot of Dumb phones as well. Doro 8080 is one of them. Make this phone easier to use, they’ve added a layer to the popular Android operating system.

More interesting fact is, with this phone you can easily help your relatives via its remote technology, who can remote access to your phone to ask you for remote help when they needed. 3200mAh battery with 16MP rear camera and 5MP front camera are very interesting as a Dumb phone. Doro 8080 Has been launched In February 2020. Doro 8080 price in USA 260$. 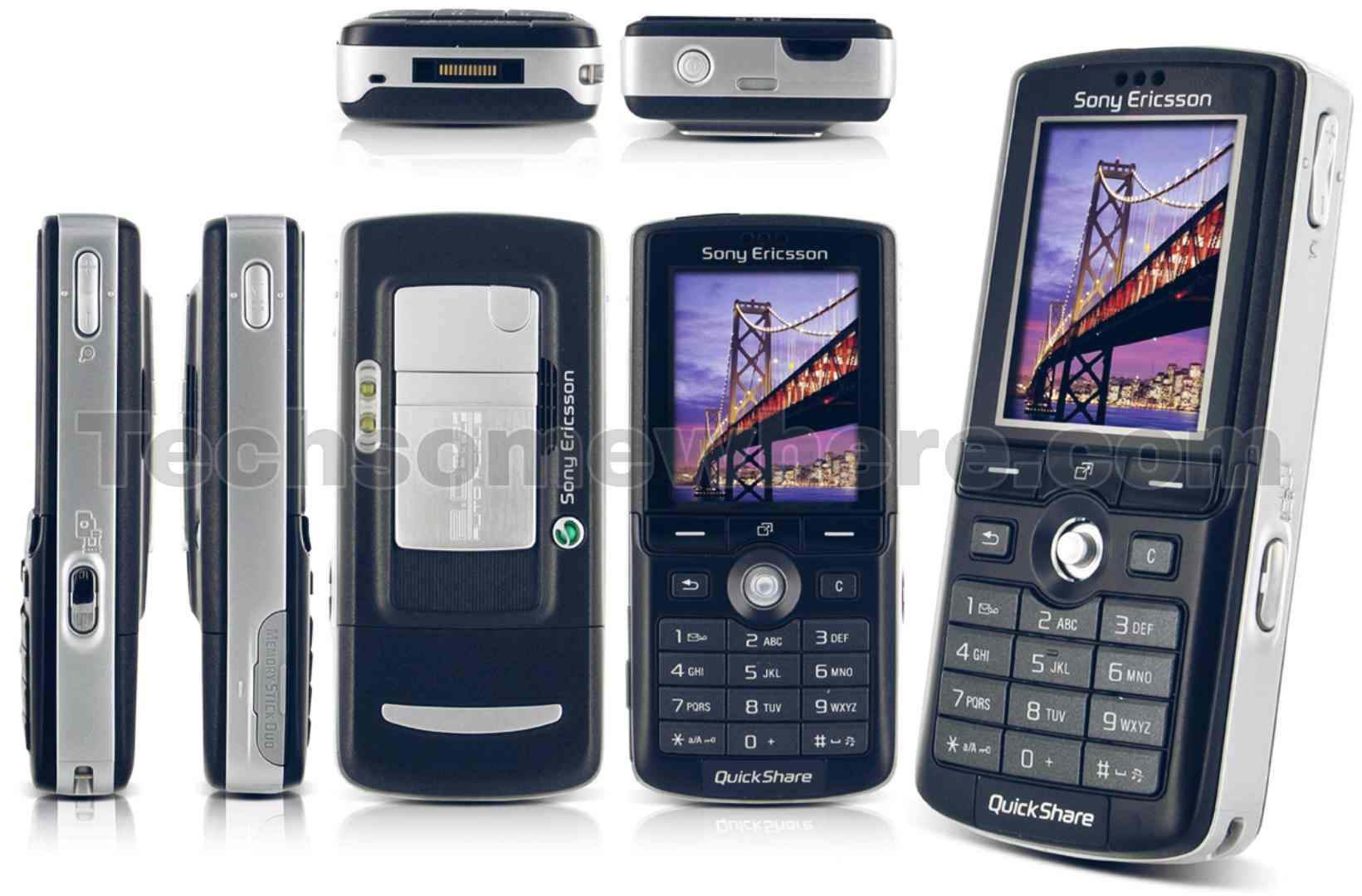 Sony Ericsson Series was the most popular phone when they launched their phones. This series’s most phones are known as dumbphone. That’s why Sony Ericsson K750i Is one of in our list. This 3G dumbphone is contains 1.8 inches TFT display with 256k color. With a 2MP rear camera you can click photos. 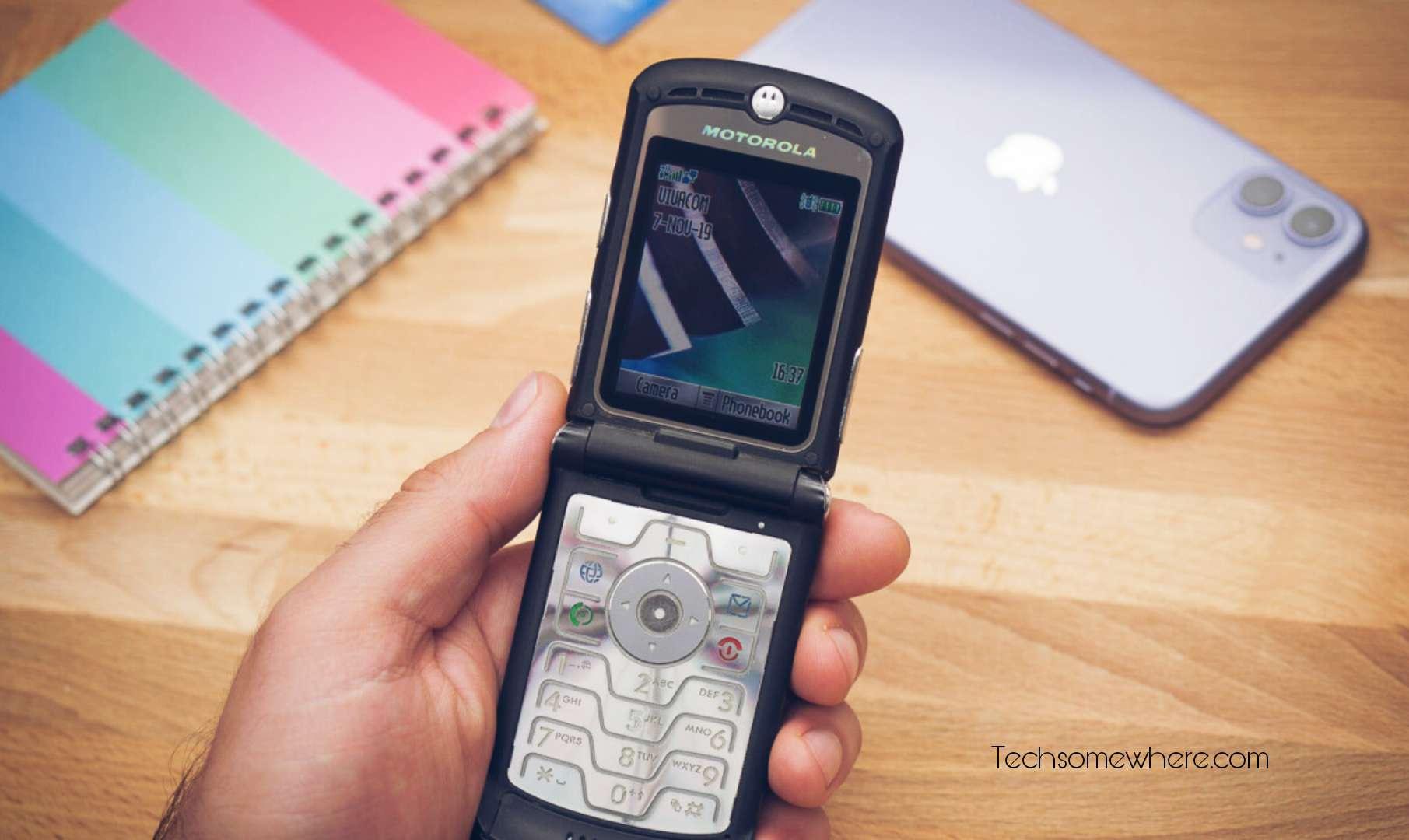 Motorola Razr V3 was the most popular phone in 2004. Maybe this is the coolest Phone on the list. At that time it was the most selling phone ever. This phone has two different display with features. Also have a VGA camera with 680mAh long lasting battery. You can use almost 280 hour by standby mode. 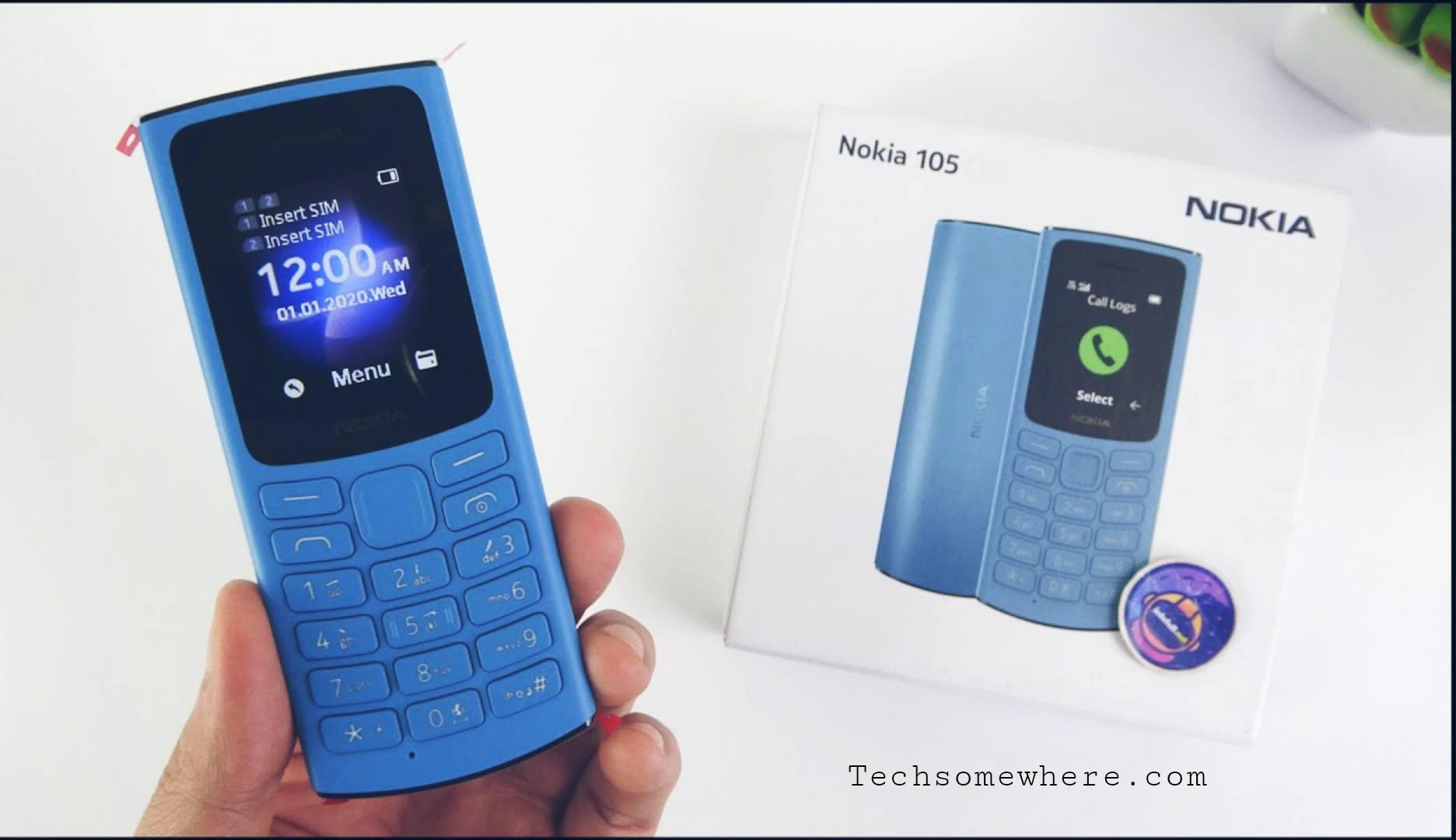 Nokia 105 Is also known as Best Cheap Dumbphone. This phone is one of the most affordable models we could find ever. Nokia uses a 1.75 inches TFT LCD display with 65k colors.

That phone works on 2G networks with some pre downloaded games like Snake Game was my favourite. 800mAh Li Poly Removable battery can give you 15 days of battery backup on Only 1 time charge. This phone was launched in September 2019. Nokia 105 Price In USA 29$. 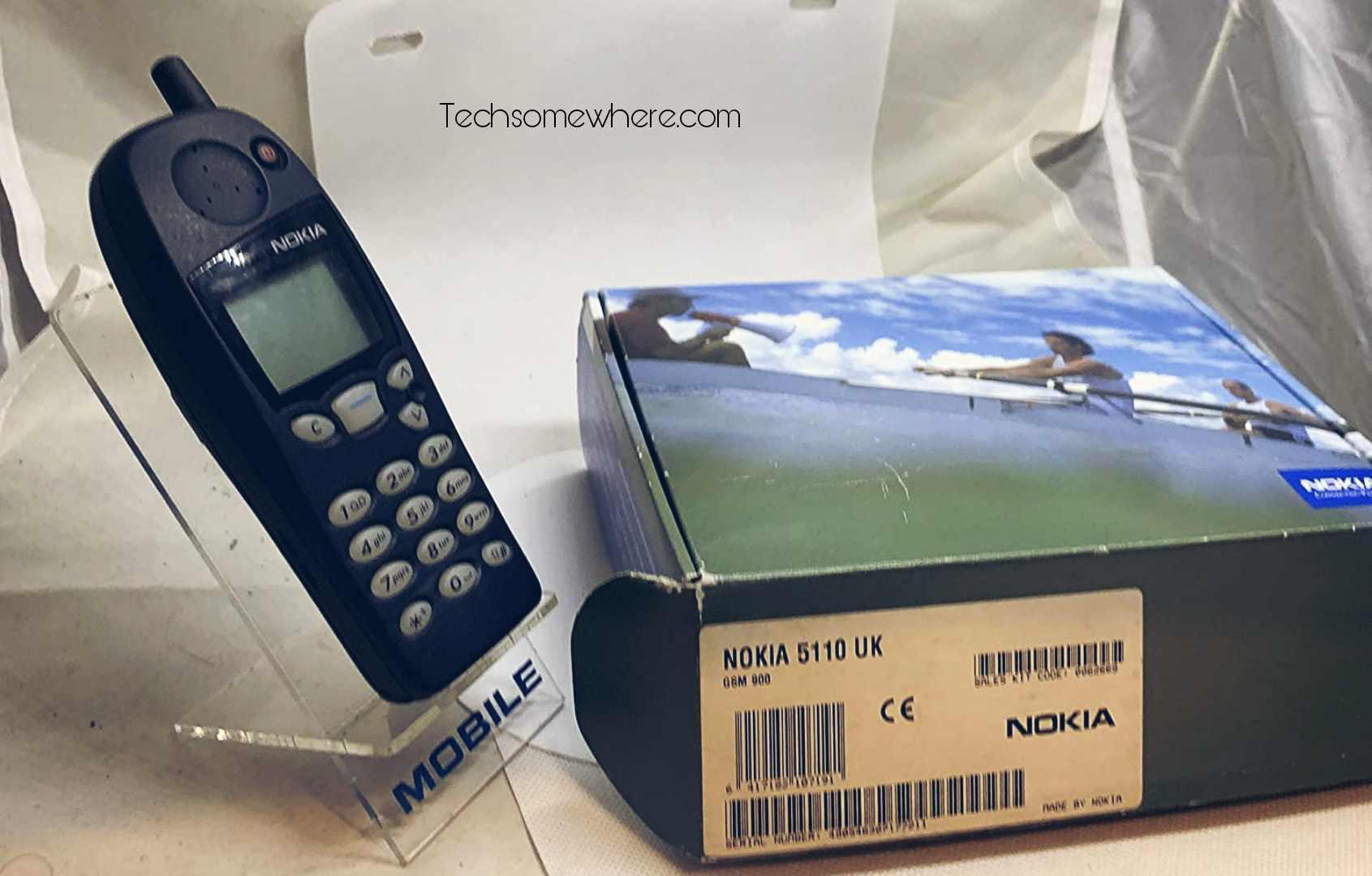 This phone looks little bit ugly for everyone further this phone is one of the best dumbphone in history. This phone has no camera no storage capacity. Nokia 5110 only storage 8 dialled, 5 received, 5 missed calls. Nokia 5110 was launched in 1998. Maybe now this phone are not available in markets. Nokia 5110 price in USA 38$.

Yes, there is a growing trend of people returning to dumbphones. This is likely due to the numerous benefits that they offer such as privacy, convenience, and reduced stress levels. Dumbphones are also becoming increasingly smarter which makes them more versatile and user-friendly.

One of the main reasons why dumbphones are gaining in popularity again is their ability to keep you connected even when you’re not near a cellular network or Wi-Fi connection. With features like offline maps, VoLTE (Voice over LTE), smart charging support for Voice calls and other apps, and app sync between devices, smartphones have largely replaced dumb phones in many cases

Smartphone addiction Is very dangerous and this addiction is currently taking a terrible form day by day. Many people have already started using dumb phones to avoid this smartphone addiction. According to a report by SEMrush firm, Google searches for a dumbphone jumped by 89% Between 2018 and 2022.

Now many people turning to dumbphones. Along with the buyer, the seller companies are also currently bringing the old dumb phone or feature phones to the market through some updates. Nokia And Motorola Already Launched some of their Feature phone this year. And as they wanted, they hyped a lot by releasing those phones.

So, Though Those dumbphones don’t have any interesting features but you’ll definitely get Durability and Battery life in affordable price. So if you think you’re addicted on smartphone you can shift to a dumb phone guys. How To Use Perfectly Google BARD AI: will Chatgpt Down Forever? Q Phone All Model with Price & Specification in 2023